Coming to a Nerdatorium near you! Stream British: The whole event will be streamed by one of the UK’s top five Mixer streamers and supported by a team of Moderators to make sure that everyone is looked after. There will also be lots of prizes and giveaways, tournaments and leaderboards across all of the zones. 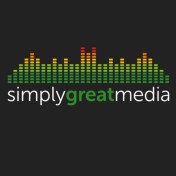 This site uses cookies to improve your experience. More information?